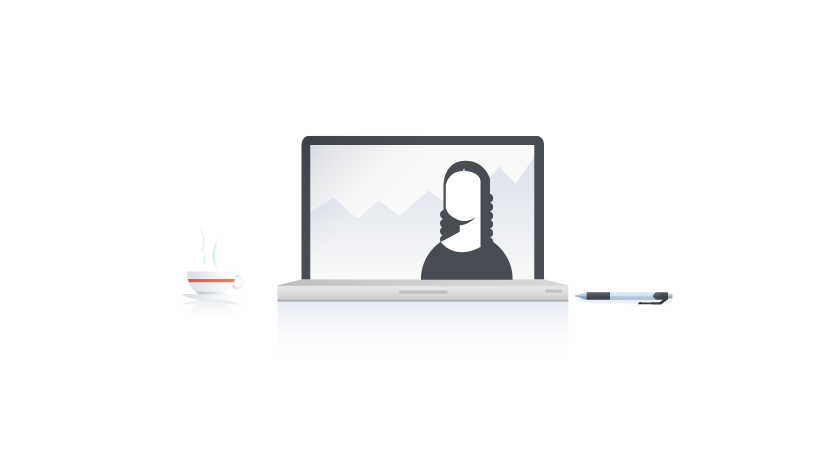 Dan Brown is a good – although somewhat controversial – author.

In his book, The Da Vinci Code, he weaves a tale of intrigue, controversy, mystery, and alternate theology/church history. Although the movie was quite action-packed, it lacked much of the detail contained in the book. That happens a lot in book-to-movie scenarios.

I'm not talking about Dan's book, however. And the Da Vinci code I'm referring to is Leo's.

Leonardo Da Vinci, a true Renaissance man, was an artist, sculptor, draftsman, and inventor. While the Mona Lisa and Last Supper works of art come quickly to mind, his drawings of flying machines and the inner workings of the human anatomy were amazing as well.

A short quote from the Master birthed my own "Da Vinci Code" for effective writing.

Simplicity is the ultimate sophistication

Some writers believe that to sound sophisticated, they have to use big words and craft sentences that are a mile and a half long.

I have a mantra that's guided my writing for the past three decades: Simple Effective Writing or SEW. Anything I write, whether personal or professional, is guided by SEW.

You see, your job as a writer, particularly in content marketing, it to turn on light bulbs. When your audience reads your article, you want them to "get" it. You want the metaphorical light bulb to turn ON as they understand.

And the light bulb? Well, it lights the way on their path to buying your product or service. Before they buy it, they need to buy into it. Simple, effective writing accomplishes that.

So to help you create sophisticated writing, let's look at some examples of what NOT to do…and how to fix them.

I'll start with my favorite writing monster to slay – the Jargonaut. People love jargon when they know what it means. It's almost like a secret code among colleagues, a part of their "club's" underground language.

But much of the time, jargon crushes the life from good copy.

According to the Merriam-Webster Dictionary, a juggernaut is a moving force that lays waste to all in its path. The jargonaut does the same thing to your readers. Do you really want that? Do you really need that?

Show your jargonaut the exit and kick him out.

It's difficult, but try to keep buzzwords out of your copy as well. Many become  cliché  and meaningless anyway, so keep your writing useful by avoiding them. While many of these buzzwords sound important - state of the art, leading edge and (shudder) thought leadership - they aren't and many are just add-ons to make us sound cool like "killer  [headlines, copy, etc.]."

KISS your copy – keep it short and simple

I know most people think KISS stands for "keep it simple, stupid."

But you're not stupid. If you are trying to improve your copywriting skills, you're one of the smart ones. So for you, the acronym means keep it short and simple. Here are some examples.

I have been a resident on this green orb we call earth for over a half-century and have been reading for almost as long and the one, most annoying thing I have come across repeatedly in numerous works from the writing profession has been when writers use long sentences that seem to go on and on and on and could very well serve as entire paragraphs of prose in and unto themselves.

In fact, Word® just put a bunch of green squiggly lines on that sentence. It said it was too long.

The rule of thumb for sentence length is…there is no rule of thumb. Actually, it helps to vary sentence length. You can get a kind of rhythm going in the piece that moves the reader along. Sure, sometimes you will need to write lengthy sentences. It just can't be helped if the thought or idea is complex. But…

Sometimes five words will do. Or two.

Have you read articles that forced you to keep your dictionary handy? I have too. It's nice to know those high-falutin', ten-dollar words and how to use them. It's even better if you know when not to use them.

Sometimes you need to bring out the big guns. Writing highly technical works or theses often require them. But many times, it's just an attempt to sound intelligent.

Have you heard of "putting on airs?" That's often why some writers use big words. It's an affliction called affectation. The dictionary definition of affectation is "a manner of speech or behavior not natural to one's actual personality or capabilities." It comes from a Middle French word that meant "pretend to have."

When you write, be yourself. You'll sound better.

Here's a sentence that is quite long and uses big words – a deadly duo:

Dan displays a noticeable and very evident enjoyment of his duties at his place of gainful employment by working diligently; and yet at the same time, he displays an attitude of fondness and endearment in his domestic environment as indicated by the taking of his familial responsibilities quite seriously, i.e., spending time with his spousal partner and male descendants whenever time allows, engaging in  outings to the city recreation area, theatrical film displays and to the ocean-side, sand covered real estate whenever his time allotment allows.

You can tell Dan loves both his job and his family. On the job, he works hard. But, when he's not working, he spends a lot of time with his wife and boys at the park, the movies or the beach.

Believe me, that first sentence was as hard to write as it was to read!

Another way to edit your copy

It would be nice to watch your reader's face as they read your copy or article. You could see where they struggled with the text and where they enjoyed it – or at least understood it easily. Actually, I'll do that sometimes.

I'll hand someone the article on a clipboard – often my wife – with a red pen. I'll have her read it silently, asking her to mark areas she finds difficult. I'll sit back and watch her read. I can usually spot the difficult passages by observing her facial expressions. Body language tells the tale as well.

You can also have the person read it aloud. That's a valuable tool for discovering awkward sentence structure. You can root out long sentences too. If your reader has to take a breath during a sentence, it's probably way too long.

Use readability stats to improve your writing

As often as I've written and read about them, many writers still haven't heard of the Flesch-Kincaid Readability Statistics. It's a valuable tool to check your copy and content for ease of reading. Now, it doesn't check for persuasiveness.

But…if they can't read it, it won't be persuasive anyway.

The F-K stats are included in Microsoft Word® and other word processing programs. You can also find websites that allow you to paste in text and get your scores. Some of the statistics included are word count, number of sentences (and average word per sentence count), and a few other cool things to know.

If you keep your grade level around 7-8, it will be easier for your audience to read and digest it. Don't worry that you're talking down to them because you're not. Remember that my application of the new Da Vinci Code calls for simple writing, not simplistic.

So how do you think this article rated for grade level? It didn't sound childish, did it? Would you believe 5.9? Yes, you would need to have almost a 6th-grade reading level to work your way through this one.

The easier your writing is to understand, the more believable it is. And when it's believable, your credibility is greater.