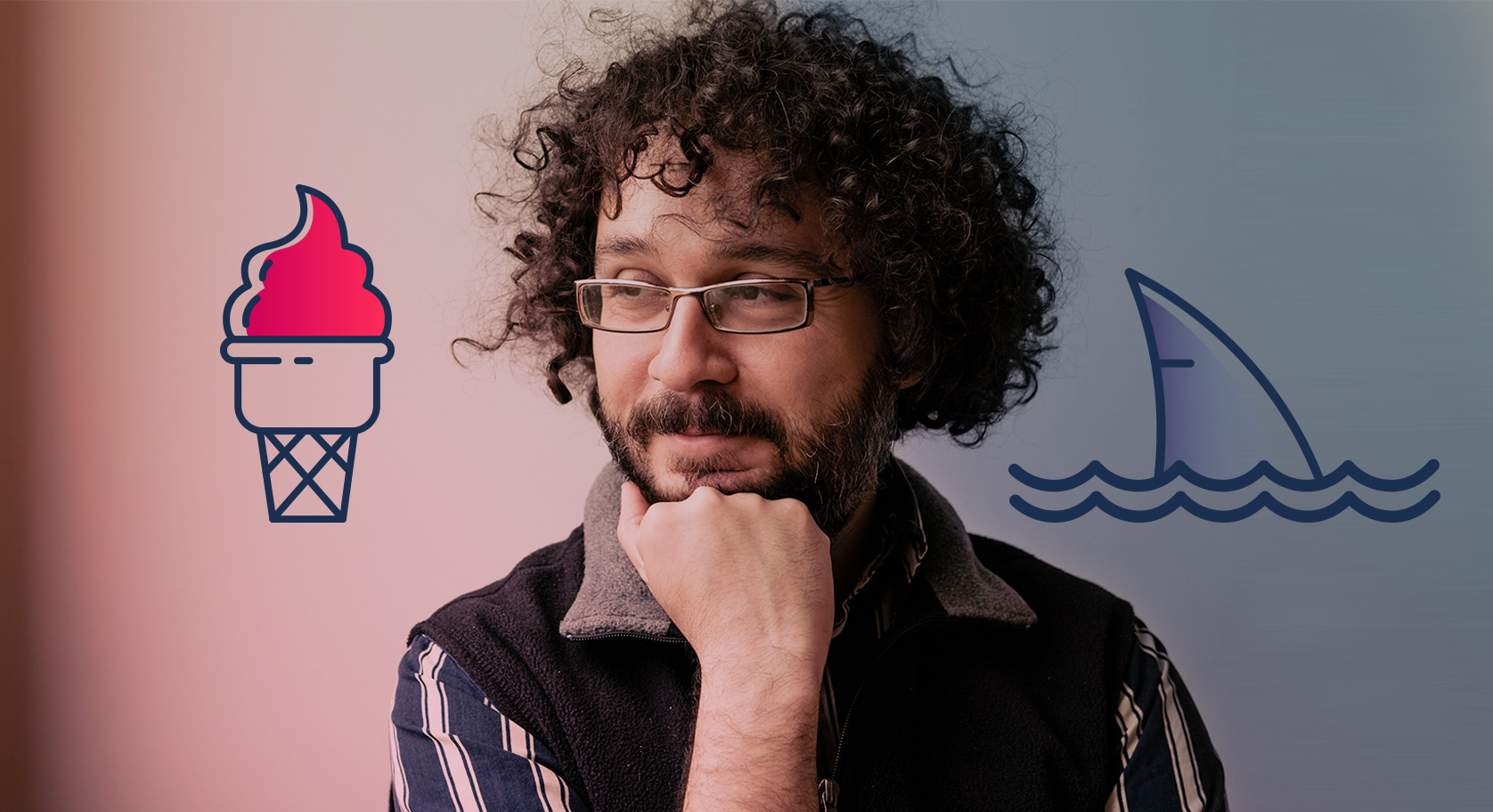 Correlation and Causation in the Everyday World

We can also try a quick thought experiment. Consider a plot of a number of ice creams sold against the number of shark attacks. 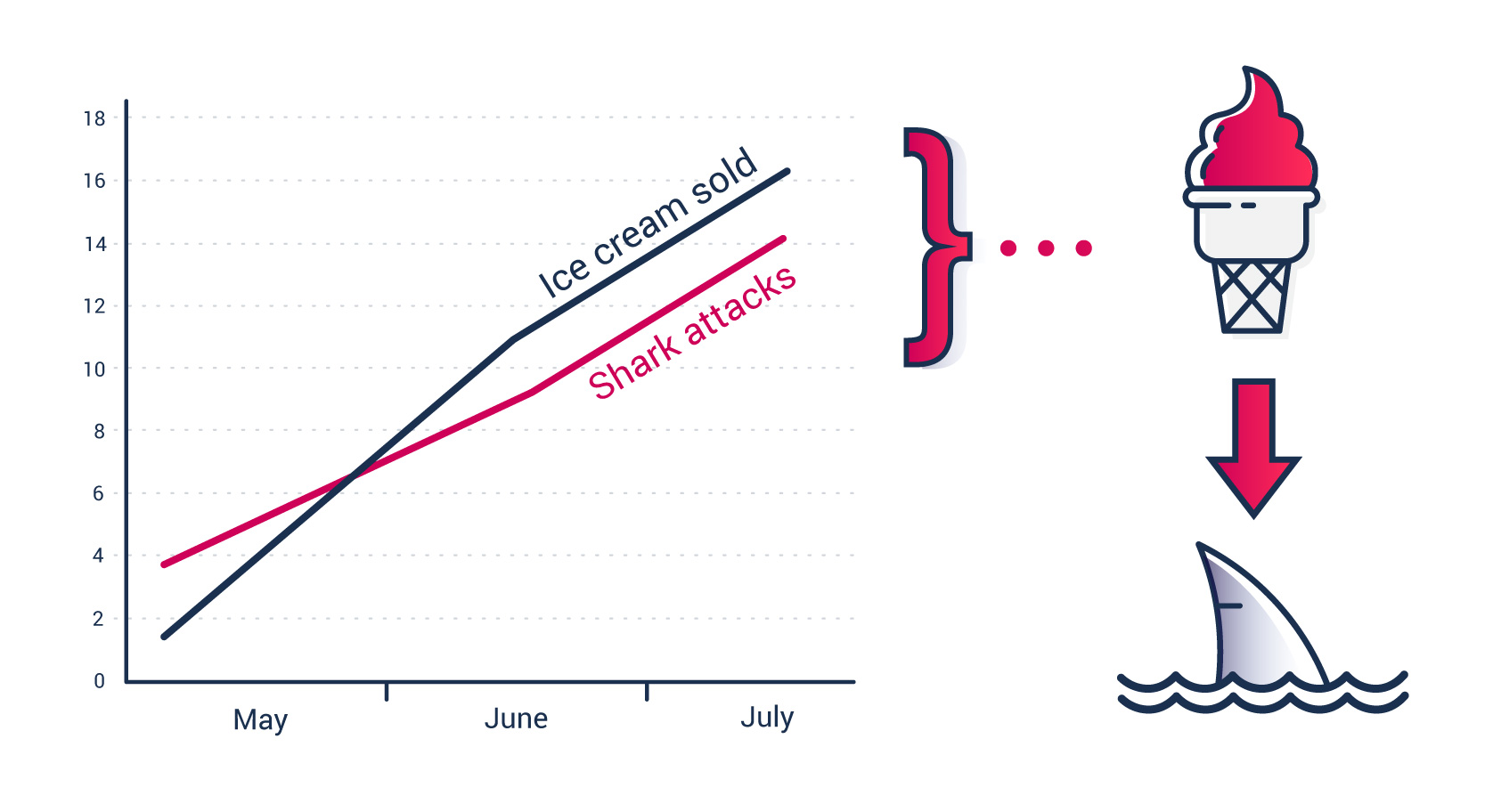 At first look, it would appear as if ice cream sales and shark attacks are correlated. So are we supposed to believe that sharks are attracted to ice cream? The answer, of course, is NO! Shark attacks are likelier to happen in summer, which is also the season when ice cream consumption goes up.

This is not too different from the world of marketing analytics. The impact of marketing campaigns may be difficult to filter out from the noise related to all other factors involving web site visits, conversion rates, and other metrics.

The Causal Revolution and its Impact on Marketing Analytics

The 90s and the 2000s marked the emergence of a revolution in econometrics, as a result of a new approach that emphasized the identification of causal effects. If you haven’t heard the term before, econometrics is the empirical side of economics. Econometricians test economic theories using statistical methods.

This revolution sparked a number of novel strategies for identifying situations where a correlation does, in fact, come from a causal relationship. In other words, researchers could seek to identify real life situations that come close to the “experimental ideal” used in the natural sciences.

The Experimental Ideal: A/B Testing and Getting Rid of Guessing Games

If we’re interested in the facts of a situation, or getting to the truth of the matter, or answering the question, “why?” we can’t simply observe correlations and hope that they point to causal effects. How to solve this problem? One solution is to run controlled experiments.

Controlled experiments were introduced by Google to the digital marketing industry more than a decade ago. And what’s come to be known as “A/B testing” has dominated marketing science ever since.

Marketing Analytics and Working Within Limits

However, not everything can be experimented upon, and not all experiments need to be implemented. For example, it’s easy to experiment on website visitors, but it’s costly and difficult to run experiments on customers in person, or entire customer segments.

In marketing, campaigns are usually run once and their effects can’t be estimated through A/B testing. Furthermore, with caches of data available to digital media companies, we may not even need A/B testing to find conclusions; we can come close to the A/B testing results with the available data. The trick is to find an “identification strategy” and exploit “natural experiments” that are already reflected in the data.

Standing at the Edge of a Causal Revolution in Marketing Analytics

How does all of this relate to the state of marketing analytics? Recently, Google published an article about measuring the causal impact of an advertisement campaign that leverages Bayesian prediction methods from computer science. I think that Google may be trying to introduce causal impacts into marketing today, just like they introduced A/B testing more than fifteen years ago. It seems to me that it’s working. Advertising agencies are already adopting this approach and data science companies are starting to offer the tools. If so, we may be at the cusp of a causal revolution in marketing analytics. I’ll explore implications of just what this means in upcoming articles.

Learn more about how to measure, analyze, and draw insights from your content’s performance in our eBook, The Ultimate Guide to Content Insights.