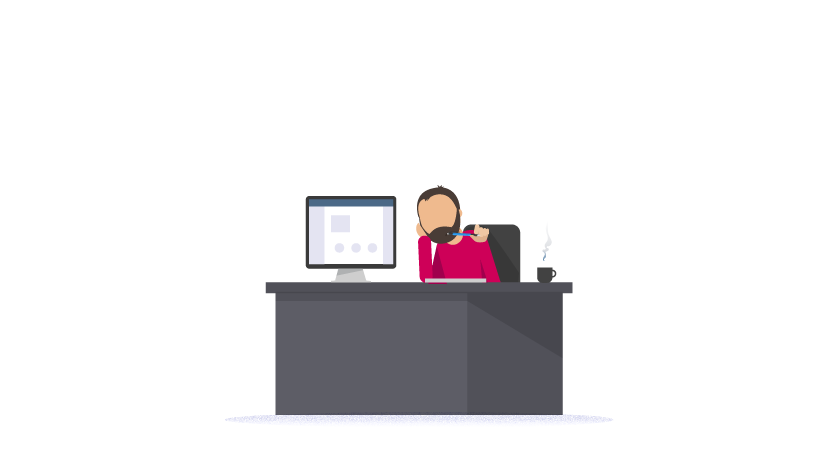 It’s not researching their topic thoroughly. In fact, most content marketing writers probably do an excellent job of researching. They know their subject inside and out. They can write intelligent, thought-provoking and compelling copy. So that’s probably not an issue.

And it’s not poorly written text. Sure, there are examples of badly written prose out there. But for the most part, the content I’ve read has been well-written and easy to digest. There are many styles of writing and there’s really no single correct one.

Most writers, like you, understand that the style of writing should match the audience. Web-based content will be in an easy to read, conversational style that expresses ideas that the reader can grasp quickly.

So, if it’s not research and it’s not the writing, what is the number one mistake that content writers make? It’s simple, really; and if you fail here, your article won’t get read.

Do this before you write a single word of content

Make your headline a priority. Write the headline first. I told you it was simple, but many content writers fail here. They’ve done all the research necessary for a great article and then jump right into the content writing. As a result, the headline often gets treated as an afterthought.

When you write your headline first, you gain focus for the piece. If you write a passage, no matter how good, if it doesn’t follow the headlines lead, then trash it. It might be useful in another article. But in the current one, it only serves to confuse.

According to Copyblogger Media’s eBook, Writing Magnetic Headlines, 80% of your potential readers will read your headline, but only 20% will actually go on to read your content. Why?

They don’t have a reason to because the headline is weak.

Weak headlines are fatal. When written after the article is finished, the headline becomes more of a summary than a statement that screams, “Read Me!” If you read a bland, boring headline, you can bet that it was the last thing the writer wrote.

Strong headlines are dynamic. They drive the article. A strong headline makes a bold promise and the reader must read on to find out how you’re going to keep it.

And you are forced to align your content with that bold promise. A strong headline prevents weak copy when used for direction and guidance. Strike out anything that doesn’t address the headline and your writing improves immensely.

Don’t write just one and call it good

First, review your research and decide on the emphasis of your article. Once you’ve done that, it’s time to write the headline. However, don’t try to write just one. Doing that is frustrating because you feel that you have to nail it the first time.

This is a great time for free-writing. Open up a word processing document, start a numbered list and just start writing. Your first headline will probably suck – mine did and usually does. But you need to get your creative juices flowing and free-writing is the key.

Just keep writing down headlines until you run out of ideas. You’ll get better and become more focused as you write each headline. What’s really happening is that you’re distilling your main idea into one short sentence. The more headlines you write, the closer you’ll get to the big idea.

For example, I wrote 25 headlines for this article before I settled on one. Some were just variations on a theme, changing one or two words to get a different shade of meaning or different rhythm. Some were really off-the-wall. I wrote headlines in several of the tried-and-true formats:

Once you get started, it may be hard to stop. But when you stop getting workable ideas, when the headlines start to get ridiculous, sit back and read them over. Read each one and judge it by your article’s focus and your intended audience. Start whittling down the list until you find the one that works for you.

I’ll tell you why I settled on the one I used in a minute. It was actually #24 on the list. Before I do that, however, I want to explain another benefit of writing multiple headlines first, before writing your content.

Some of the headlines I wrote actually became subheads for this article. In fact, the first two subheads were headline ideas. But they fit better in the body of the article, so that’s where they ended up.

Don’t throw away those headlines you didn’t use, either. Keep them in a swipe file that you can use on another content article. No need in starting from scratch every time, you know.

Why I chose that headline

There were a couple of reasons that I chose the final headline. To begin with, “How-to” articles are perennial favorites. Though not stated outright, the “how-to” is implied.

But there were three other reasons, which I’ll explain in reverse order.

The final reason I chose that particular headline is that it’s easy to share.

The Holy Grail for any content marketer is for their writing to go viral. We want our words to be shared throughout the known universe. For that to happen, the headline should be shareable.

“Avoid the Biggest Mistake Content Writers Make” – 7 words in 52 characters, spaces included. Plenty of room for someone to add a comment when they tweet and retweet it. And the headline won’t get truncated when shared.

When you get ready to write your next article, spend some quality time with your headline first. Let it focus and direct your work; let it make a bold statement or brave promise. Let it make your words shareable.

Your article is valuable and informative. But if your audience doesn’t read it, they’ll never know. Make sure your headline gets their attention.